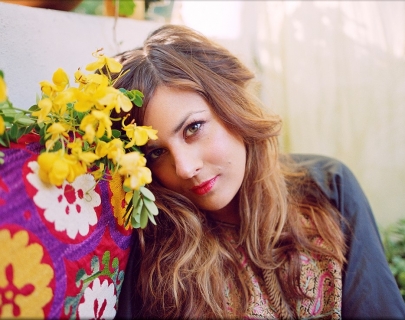 Rumer’s eleven-date headline tour of the UK follows an exceptional year for the singer-songwriter, with her new UK Top 10 studio album and Radio 2 Album of the Week Into Colour receiving wide-spread critical acclaim and sell-out November shows at the Lowry Quays Theatre in Salford and Islington Assembly Hall in London.

Her second album of original material, Into Colour follows the million-selling debut Seasons Of My Soul, which won Rumer a Mojo Award, BRIT nominations, and saw her headline the Royal Albert Hall. Boys Don’t Cry, 2012’s eclectic and impassioned covers record based on male songwriters from the 70’s, reached #3 in the UK charts. Rumer formed many unexpected relationships with the legends she covered, and performed at The White House for President Obama. Her fans range from Elton John to Richard Carpenter, who wrote to offer his “congratulations” for creating something “actually musical, which has been in short supply in recent years.”

“One of the most gifted vocalists to appear in Britain over the last decade…loving and bereft.” Grazia