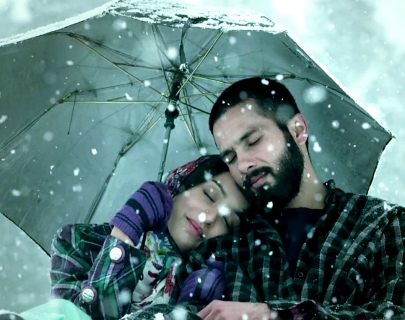 The Diverse Bard: From Kashmir to Harlem

Haider (India, 2014)
Set in 1990s Kashmir against a background of insurgency and military repression. At the height of the conflict, a doctor is detained and ‘disappears’. His wife remarries. And his student son Haider returns, seeking the truth….
Cinematically powerful and politically daring, Haider is the triumphant climax to a trilogy of Shakespeare adaptations by Vishal Bhardwaj, the director of Maqbool (Macbeth) and Omkara (Othello).

Romeo and Juliet in Harlem (USA, 2014) FIRST BRITISH SCREENING
Filmed in the streets, in the park, on the subway – Aleta Chappelle relocates the world’s greatest love story to the the world’s most vibrant city and the African American community.
With Jasmine Carmichael (Juliet), Hernando Caicedo (Romeo) and the brilliant Harry Lennix (Capulet) this is, as the director says, a “homage to Harlem.”