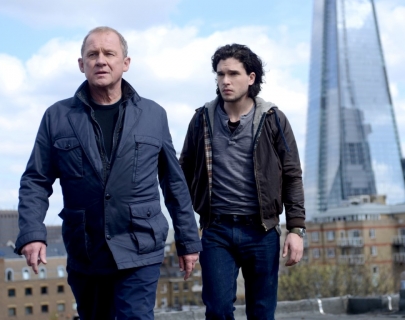 When charismatic terrorist Adem Qasim (Elyes Gabel) escapes from MI5 custody during a high profile handover, Head of Counter-terrorism Harry Pearce (Peter Firth) is blamed. Disgraced and forced to resign, Harry disappears without a trace. With MI5 facing reform and an impending attack on London looming, former agent Will Holloway (Games of Thrones’ Kit Harington) is brought back from Moscow to discover the truth about Harry’s disappearance. Parts of the film have been shot in Coventry.

“Could give james bond a run for his money.” Daily Express