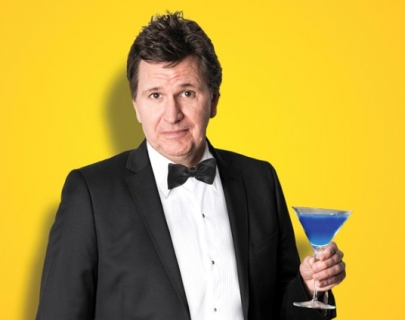 With Francis it’s all about puns. And he’s a gent. If time is money, Stewart’s the man to do your shopping. He’ll fill every minute with comedy bargains in the form of non-stop quick-fire gags, rarely giving you time to cease giggling until the next one starts. And it’s not cheap produce either, previous goods winning awards such as Dave’s Funniest Joke Of The Fringe Award 2012 and earning him a reputation as one of the finest comics around.

Quite simply, the service Francis provides is good old-fashioned joke telling with a hook, punch-line and a dose of panache thrown in for good measure.
So where’s the catch? Well there probably is a pun-related answer, but only word wizards such as Stewart Francis could find one.