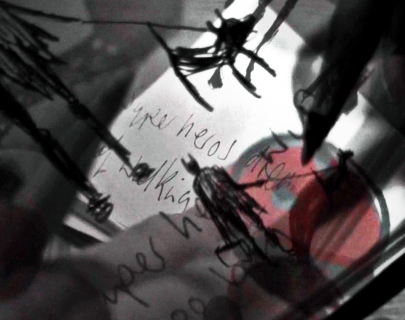 This marks the launch of a debut recording, ‘_Waiting or Flying_’ released on vinyl through Tin Angel Records in May 2015.

The music weaves between Adam’s intricate, light classical pieces and Doug’s hypnotic, arching, falsetto melodies. The two composer/performers are joined by Sarah Laughton on clarinet. Extracts of the music are complemented by the screening of work by Coventry based visual artist, Martin Green and filmmaker Colin Park.

Martin was filmed making intuitive drawn /doodled responses to the titles and musical themes and Colin has created layered film that reflects the collaborative way the music was constructed.

A session in conversation with the musicians and artists follows the performance.