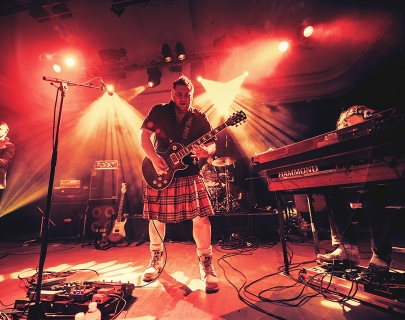 Described as “one of the most explosive rock/blues bands on the planet” by Get Ready to Rock, King King are setting the Blues live scene on fire.