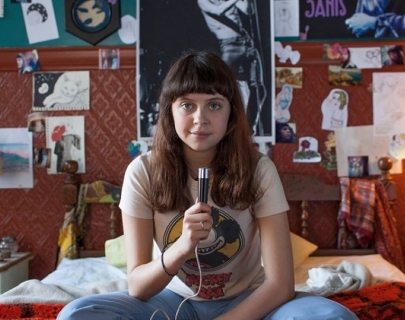 Based on Phoebe Gloeckner’s graphic novel and adapted for the screen and directed by Marielle Heller, The Diary of a Teenage Girl charts the coming-of-age adventures of Minnie Goetze, a punchy teen growing up fast in the countercultural haze of 1970’s San Francisco.

Bel Powley (Benidorm, A Royal Night Out) delivers a dynamite break-out role this inquisitive 15 year old with bags of brains and a burgeoning sex drive, who sets her sights on her hippie mother’s (Kristen Wiig) boyfriend Monroe, played sensitively by Alexander Skarsgård.