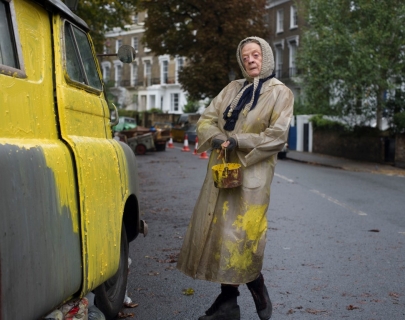 The unlikely, slowly deepening bond between playwright Alan Bennett (Alex Jennings) and a cantankerous, malodorous homeless woman (Maggie Smith) is recreated with warm affection by director Nicholas Hytner. It tells the story of a woman of uncertain origins who ‘temporarily’ parked her van in Bennett’s London driveway and proceeded to live there for 15 years.

“Alex Jennings does his excellent impersonation of Alan Bennett twice over, as Alan the writer and Alan the man, conversing sarcastically with one another in the same room” ★★★★ The Evening Standard

“it’s Smith’s eccentric oldster who is the film’s driving force, and the 80-year-old actress doesn’t disappoint. Not surprisingly, she fully exploits the humor in her character’s bizarreness” The Hollywood Reporter