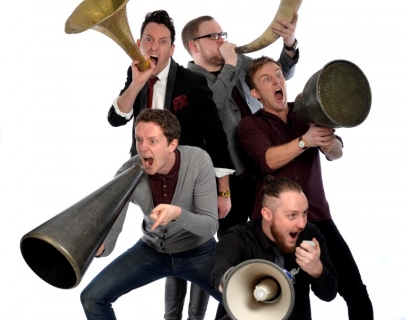 The unstoppable comedy juggernaut that is The Noise Next Door are turning up the volume for their third national tour! Get ready for a night of mind-blowing songs, jaw-dropping characters and side-splitting punchlines from the undisputed masters of off-the-cuff comedy.
After a huge year for the guys with their eighth consecutive sell-out run at the Edinburgh Fringe Festival and appearances on TV and radio, this show is set to be their biggest and best yet!