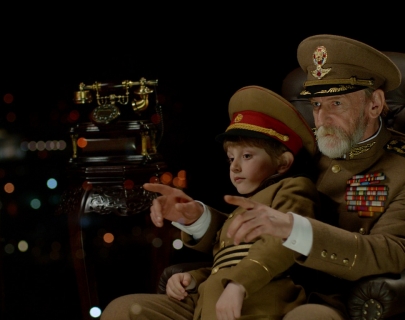 An elderly president living in an opulent totalitarian palace is deposed by a revolution, and forced to go on the run with his grandson, travelling incognito among the people he once oppressed.