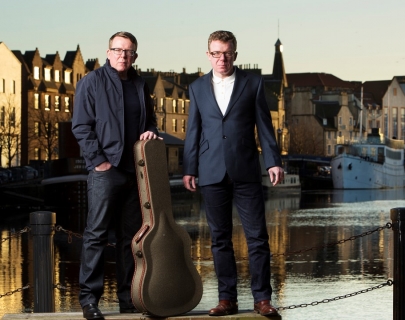 Strikingly individual, twin brothers Craig and Charlie Reid have carved a niche for themselves where pop, folk, new wave and punk collide as the emotional honesty, political fire, wit and sing-along raucousness of their songs and their extensive touring has enlightened and entertained fans new and old. This year they celebrate the release of their 10th album!

Following on from the theatre success of the musical drama featuring songs by The Proclaimers, Sunshine On Leith the movie version was a hugely popular release in 2013, spending a month in the Top Ten generating over £4.8 million at the UK box office, the fifth highest grossing independent release of the year.

Expect to hear the classics Sunshine on Leith, (I’m Gonna Be) 500 Miles, Letter From America, I’m on My Way, Life With You, Lets Get Married and more.

“My favourite band of all time. They write the most spectacular songs, big hearted, uncynical passionate songs.” David Tennant