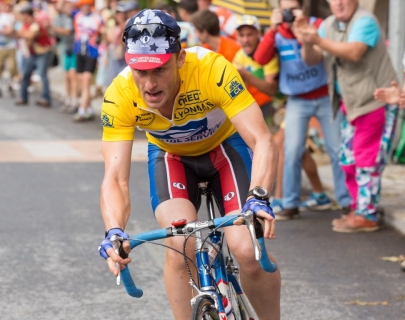 For a decade the world was stunned by Lance Armstrong’s success as a world champion cyclist.

Frears’ drama charts the rise and fall of Lance Amstrong as observed by Irish sports journalist David Walsh who always believed that the American’s achievement was anything but natural.

“Ben Foster plays Armstrong: a rare case of the actor being less attractive than the subject. He does it brilliantly.” ★★★★ The Guardian