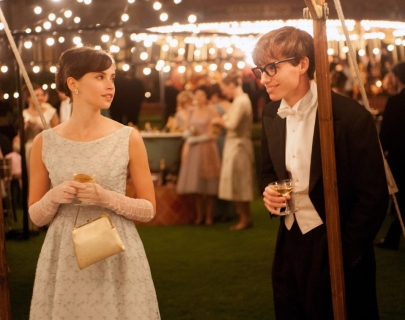 A film exploring the early life of famed physicist, Stephen Hawking. Directed by James Marsh (Man On Wire), the film focuses on the romance between Stephen (Redmayne) and his future wife Jane (Jones) that blossomed while they studied at Cambridge University in the ‘60s, and the painful discovery and subsequent attempts to manage Stephen’s motor neurone disease. Heart-wrenching, yet still uplifting and full of humour, The Theory of Everything features a physically demanding central performance, delivered perfectly, by Eddie Redmayne.

Nominated for five Oscars and 10 BAFTAs, including nods for best film, actor, actress, screenplay and score.