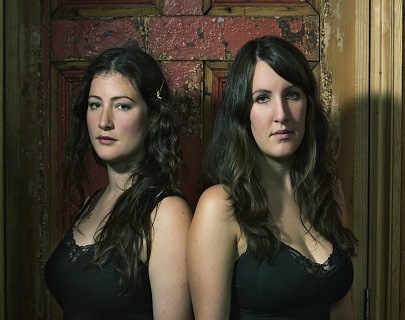 Nominated for the Mercury Music Prize and the only British folk representation in The Guardian’s and Uncut’s best albums of last decade (worldwide, all genres), The Unthanks have an army of notable fans – Martin Freeman, Elvis Costello, Colin Firth, Dawn French, Ewan McGregor and Nick Hornby, to name but a few.

The Unthanks is a family affair for Tyneside sisters Rachel and Becky Unthank, with Rachel married to pianist, producer, arranger and composer, Adrian McNally. Using the traditional music of the North East of England as a starting point, the influence of Steve Reich, Miles Davis, Sufjan Stevens, Robert Wyatt, Antony & The Johnsons, King Crimson and Tom Waits can be heard in the band’s 7 albums to date.

Since releasing three project albums in one year back in 2012, The Unthanks have been hiding away in Northumberland, quietly working away on an ambitious follow-up to 2011’s Last. Who knows how rich, imaginative and groundbreaking their new album will be, released to coincide with this tour, and to be brought to life on stage with a talented 10 piece band.

Definable only by their restless, peerless eccentricity, The Unthanks see folk music less as a style of music and more as a oral history that offers perspective on our own time. Their unique approach to storytelling straddles the complex relationship between modernism and learning from the past. Staunch traditionalism and sonic adventure may seem like polar opposites, yet they are easy bedfellows in the gentle hands of The Unthanks.

“Intimate, epic, overflowing with feeling and musical intelligence” The Independent

“Haunting, original and magnificent” The Guardian