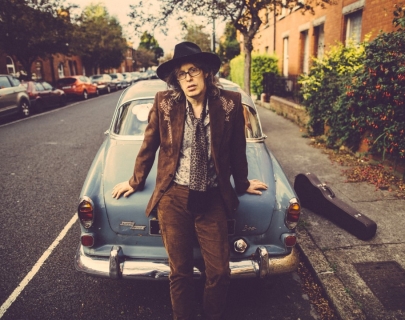 The Waterboys arrive at Warwick Arts Centre as one of only two UK dates on the tour promoting their new album Modern Blues.

Formed in 1983, The Waterboys sculpted a layered post-punk sound over their first three albums, culminating in 1985’s sky-scraping This is the Sea. Since then the music has never ceased to evolve, from the hugely influential mix of Celtic folk, gospel, country and rock on the classic Fisherman’s Blues, to the New York guitar sounds of Dream Harder, the agitated Millennial sonic exploration of A Rock in the Weary Land, and the fired-up poetic passion of An Appointment with Mr Yeats.

In 2013 Ellie Goulding scored a top 3 UK hit with The Waterboys How Long Will I Love You and earlier this year Prince performed The Whole of the Moon solo at the piano during his Hit + Run show at Ronnie Scott’s in London, while the same song was performed by finalist Sally Barker on primetime BBC 1 show The Voice. In recent times A Pagan Place has become a live staple for hot US indie band The War on Drugs and Waterboys songs have been used in movies like Dom Hemingway and What We Did On Our Holiday.

Modern Blues is the glorious, inimitable sound of The Waterboys driving forward once again, stretching up and out to the higher ground.