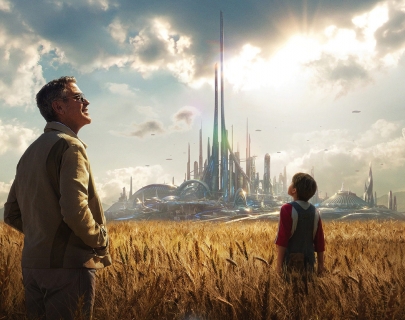 A sci-fi action adventure where a curious teen and a former boy-genius attempt to return to a futuristic world in another dimension.

Director Brad Bird (Mission: Impossible – Ghost Protocol, The Incredibles) tells the epic story of two mismatched, forward-looking individuals in Disney’s Tomorrowland, a unique film that’s not based on a comic book or sequel.