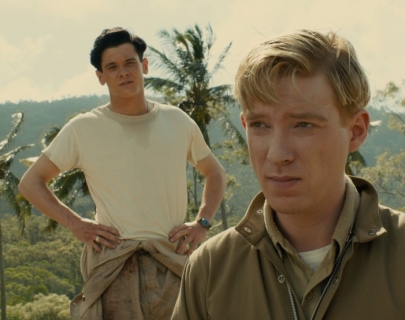 Angelina Jolie steps behind the camera for her second feature as director, tackling the epic true-life story of American war hero Louis Zamperini, who died in 2014, aged 94.

Delivering a nuanced performance of supreme emotional strength, British actor Jack O’Connell (’71, Starred Up) plays the Olympic athlete turned airforce pilot, who was taken prisoner by the Japanese during World War II. There he is tortured by a brutal guard who is determined to break his spirit, but who hasn’t counted on Zamperini’s astounding will to survive.