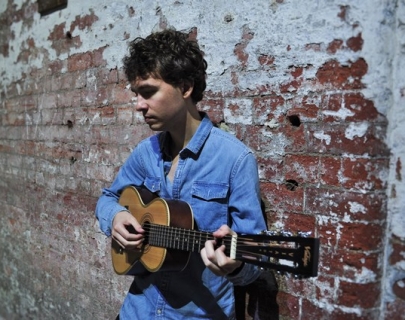 Jack Blackman is one of the most accomplished and exciting young performers on the acoustic roots scene today.

Although always haunted by the ghosts of the blues, Jack’s music fuses this with classy song writing and a folk sensibility. With a voice that sounds ‘older and more careworn than his tender years should allow’ (Acoustic Magazine, 2011), he is also arguably the best slide guitar player of his generation.

His song, Charles Walton Blues featured in BBC Radio 4 documentary telling the story of the 1940s witchcraft murder on Meon Hill in Warwickshire. Jack was also commissioned to record the incidental music for the program.