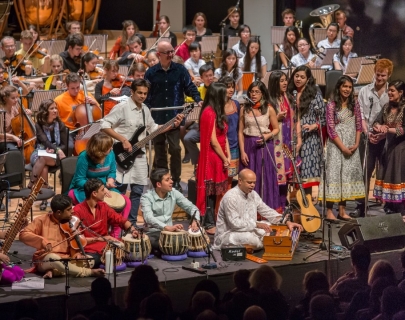 The ground-breaking Warwick Fused returns for its biggest show yet! Having established a reputation for wowing audiences and obliterating musical barriers, Warwick Fused IV promises once again to take its audience on a spectacular and unforgettable journey. Warwick University-based musicians from all over the world come together, under one roof and on one stage, to share their music with each other and with their audience.

The proceeds from this concert are being donated to the Lord Mayor of Coventry’s Charity Appeal 2014/2015. This year’s beneficiaries are:
• Grapevine – a Coventry based charity which offers support and runs projects to help adults with learning difficulties to lead active and meaningful lives
• UHCW Charity Trust which is raising money to build a new breast screening centre in the heart of Coventry
• ABF The Soldiers’ Charity which offers help and support to families of ex-servicemen and women.