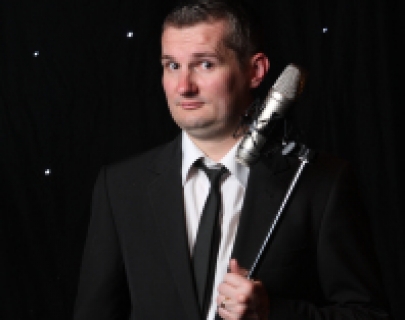 This stand-up comedy course will share the techniques of stand-up to help unleash your creativity, communicate more effectively and with more confidence. We’ll cover turning your everyday life into material, how to see jokes everywhere and how to give the illusion of a confident performance, even when you’re terrified.

Whether you’ve always secretly wanted to give it a go, or you’re just interested in how it works, this course will provide technical insight and practical application of skills. Award-winning professional comedian James Cook leads the session.

James Cook is a professional comedian based in Birmingham, UK, with over 1,000 gigs worth of experience as an act and compere and has also performed two shows at the Edinburgh Fringe.

His act has been described as “truly original” (Danny Wallace (off of the telly), whereas he’s been called “suave and chirpy” by that publishing powerhouse, the Bromsgrove Advertiser, and a “sarcastic raconteur” by the Leeds Metro.

For some reason, this means that he has been likened to “the future Frank Skinner” (Birmingham Metro) and “Dylan Moran’s younger brother” (The Stage). How this is possible remains a mystery.

A slightly less lazy journalist said that he “shows scant regard for the hackneyed conventions of stand-up” (The Scotsman) which, he’s been assured, is a Good Thing. His two favourite quotes are that he “destroyed my concrete belief that all comperes are tw*ts” (eyeonmoseley.com) and that “his quick tongue and dry sense of humour kept me laughing” (BBC Tees).

James won a Jongleurs/Spike Milligan award for being the funniest person in the Midlands in 2003. It’s been ten years and they haven’t asked for it back, so he’s assuming it must still be him.

From 2004 – 2010, James worked as a presenter on three commercial radio stations (none of which exist anymore) during which time he went onstage with A-ha, presented Lenny Henry with his Walk Of Fame Star and was a guest judge on the Dancing On Ice tour at the Nottingham Arena in front of 10,000 people. The experiences would inform the writing of his first solo Edinburgh show Adventures on Air.