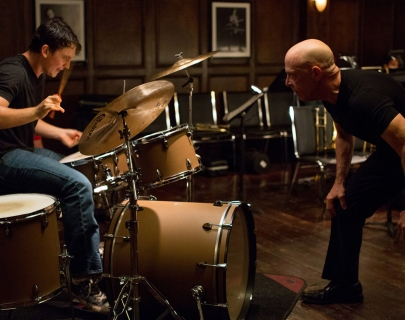 Andrew, a young, gifted drummer is selected to be in a jazz band led by JK Simmon’s Terrence Fletcher, an aggressive, obsessive teacher who will go to extraordinary lengths to get the best out of his charges. Although beaten and berated, Andrew is willing to sacrifice his personal life to become a better drummer and win Fletcher’s approval.

The central relationship between teacher and pupil is terrifically performed by the two leads including a career-making turn from Miles Teller as Andrew. This enthralling portrayal of musical obsession is made all the more incredible by the fact the film was shot in just 19 days.

“It’s rare to see a film about music that professes its love for the music and its characters equally.” ★★★★ The Guardian

Stay after the 6.30pm showing on Wed 25 Feb for a FREE post-screening discussion about this film.