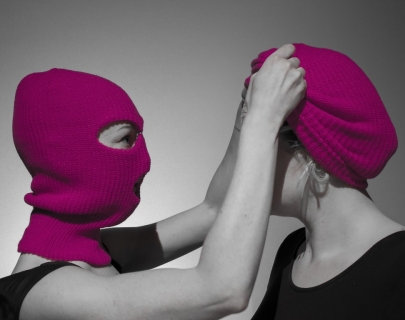 “I want you to know what’s happening…”

From what might be a news desk, an office, a bedroom, a bunker under a mountain or a theatre, two people – reporters, senators, freedom fighters, or just… well… concerned citizens like you – think about what it is to speak up, speak out, blow the whistle and lift the veil.

A Machine they’re Secretly Building charts a course from the Top Secret secrets of WWI intelligence (via the moon, 1972’s Chess World Championships, a disco in Oklahoma and the cafeteria at CERN) through to 9/11, the erosion of privacy, Edward Snowden and to the terror of a future that might already be upon us.

Proto-type have combined original text and classified intelligence documents with film from digital artist Adam York Gregory and sound design by Paul J. Rogers, to vent their frustration at the insidious machine of surveillance.

A Machine they’re Secretly Building is about how we got to the point where our governments are spying on us and how that’s changing who we are.