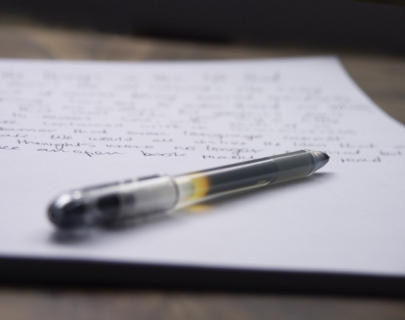 Everyone has a song in them. Everyone has something to say, and music is the best of all ways to say it.

An Introduction to Songwriting workshop is designed to steer all your best ideas into writing (or beginning to write) songs, using everything you already know and feel, with some technical support along the way.

We unpack the verbal, melodic and more broad musical aspects of songwriting (such as structure, harmonies and arrangements) and by the end of a session you will have explored many more artistic angles in your writing and have a much greater palette of ideas, wherever the boundaries of your comfort zones fall.

No previous musical or literary experience is necessary, including any need to play an instrument, sing or read music. It is purely a chance to gather the best of your creative thoughts and enjoy putting them in a song; for yourself or others.

Matthew Forbes is a highly experienced composer, musician and educator who has spent the last fifteen years working with people of all ages and abilities to release their musical and creative potential. He has travelled worldwide with some of the UK’s most prestigious orchestras, has written many songs and pieces for children (including the 2014 opera The Garden of the Gods for the Birmingham Hippodrome) and teaches improvisation at the Birmingham Conservatoire as well as guitar, cello and ukulele at the University of Warwick.

He has performed and recorded alongside many performers including the Pet Shop Boys, Mary Chapin Carpenter and Paul Carrack. He has performed extensively on radio, television and film and was even in the world-record-breaking largest kazoo ensemble ever assembled!