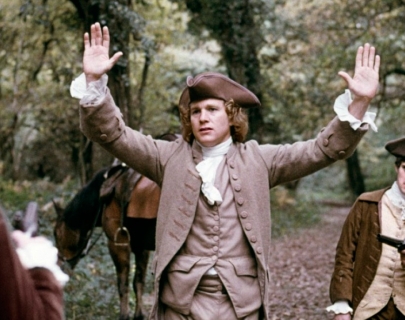 Winner of four Oscars and two BAFTAs, Stanley Kubrick’s tenth feature film was based on William Makepeace Thackeray’s novel about the exploits of an 18th century Irish adventurer. It’s back on the big screen in a new digital print.

Barry Lyndon catalogues the rise and fall of a likeable scoundrel, liar, cheat and social climber in microscopic clarity.

Only a cinema screen can do justice to the stunning visuals of Barry Lyndon. Kubrick went to incredible lengths in his research of the period in order to re-create it accurately. Inspired by painters such as Thomas Gainsborough and William Hogarth, the film has a beautiful, painterly look, enhanced by filming in natural or historically accurate light sources. Some scenes were lit only by candlelight, captured by the super-fast lenses of Oscar®-winning cinematographer John Alcott.

“Don’t miss the chance to watch it in a cinema” ★★★★★ Wendy Ide, The Observer