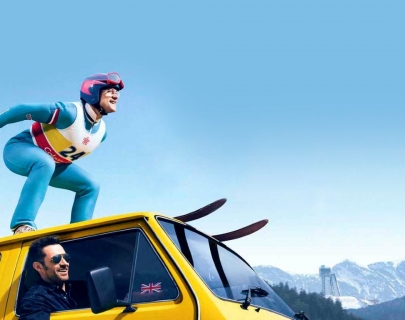 Taron Egerton (Testament of Youth) stars as Edwards, who in his Gloucestershire childhood fosters the seemingly unlikely goal of becoming an Olympic athlete despite any obvious sporting skills.

With sheer drive, ambition and perseverance he eventually employs a tough coach (Jackman) and manages to prove everyone wrong. A very British production about a very British hero – a film full of warmth and wit.