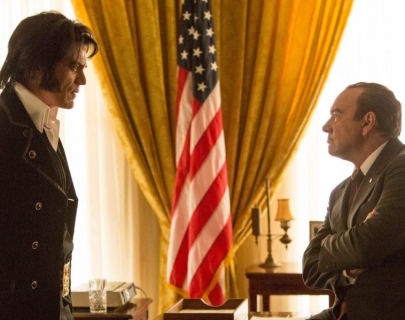 On December 21, 1970 President Nixon met with Elvis Presley to make him an undercover agent. But why did one of the world’s most famous singers want to become a government agent? Liza Johnson fictionalises this untold, true story in a rueful and ridiculous comedy about two 1960s icons.

“A wickedly funny interpretation of the one of the great confounding moments in American pop culture and political history.”
Chicago sun-times