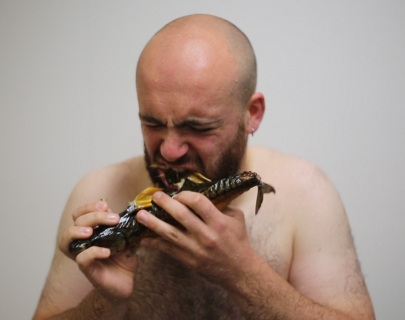 In 1965, a researcher lived with a dolphin for ten weeks to try and teach him to speak English – part of a NASA-funded research project into human-animal communication. Condemned by the wider scientific community as an elaborate circus trick, the experiment remains a controversial episode in the space race between the two Cold War superpowers.

Inspired by the Dolphin House experiments, Breach’s follow-up to the Total Theatre Award-winning The Beanfield, (“Boldly political” ★★★★ The Guardian), considers the violence of language, the power of culture, and what happens when you inject a cetacean with LSD.

University of Warwick graduates Barrel Organ Theatre Company come together to curate a festival of theatre. Through panels, performances and discussions, they address questions of political assembly, social expression and professional development.