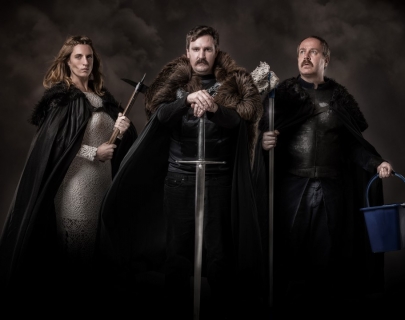 In this critically-acclaimed theatrical journey through the Seven Kingdoms, direct from sold out shows in London’s West End and Australia, avid ‘Thrones’ fan Graeme just wants to recreate his favourite fantasy saga on stage – aided and abetted by his best friend Paul and the girl he used to fancy at school – Bryony.

Created by a team of some of the UK’s top comedy writers, Graeme Of Thrones is an original and un-authorised parody on the international phenomenon that is Game Of Thrones. A treat for fans and an introduction for the unenlightened. See it before the inevitable lawsuit.