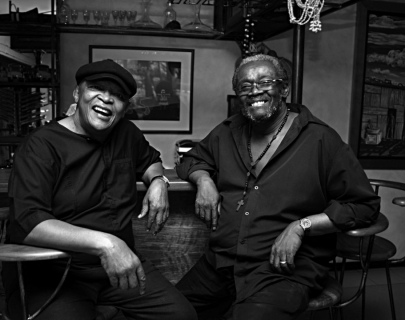 2013 marked the release of a sumptuous series of duets between South African maestro Hugh Masekela and master pianist Larry Willis, revisiting a long friendship stretching back to their days together at the Manhattan School of Music, in New York in the 60s. A masterpiece of chamber jazz, and an delightful contrast to the exuberant barnstorming of his long-established touring band, it acted as a timely reminder to the world that Masekela is one of the most lyrical brass players in jazz, with the ability to tug at the heartstrings and feed the soul with music that ranges from jazz standards to some of his own iconic songs.

The duo played a hugely successful UK tour later that year, including a sold-out London concert. The sheer personality of the two musicians enchanted a packed Royal Festival Hall, creating a special atmosphere that turned the Royal Festival Hall into the most intimate of clubs, the music interspersed with reminiscence that recollects their formative years in the jazz hotbed that was New York in the early 60s.

Hugh Masekela is of course an iconic figure in South African culture – an artist of international stature and an eloquent champion of human rights, following years of exile during the apartheid years – ‘A musician of phenomenal grace and power; intricate and fiery on flugelhorn and still blessed with a voice that can strip the leaves from the trees’ (The Independent)

Larry Willis has long been a force on the New York jazz scene, a soloist of immense resource and imagination. Steeped in the hard bop tradition, he has been pianist of choice for the likes of Jackie McLean, the Adderley Brothers, Dizzy Gillespie and Stan Getz, and moved into fusion with a long stint with Blood sweat and Tears.