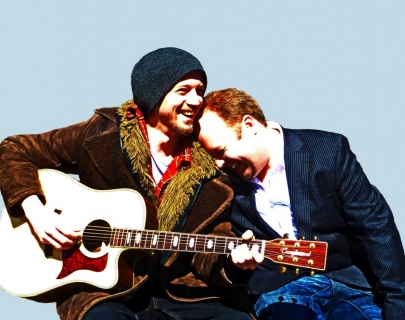 Last year, Jonny accidentally told his four-year-old niece climate change would end the world. To stop her crying, he and Paddy promised to fix it. They really tried very hard…

A new show about family, friendship and environmental disaster from the five-time award-nominated musical comedy stars of Radio 4’s The Now Show, following their acclaimed national tours with Stop UKIP and Rock The Vote.

Presented as part of TippingPoint’s Doing Nothing is Not an Option event in partnership with Warwick Arts Centre and Julie’s Bicycle.