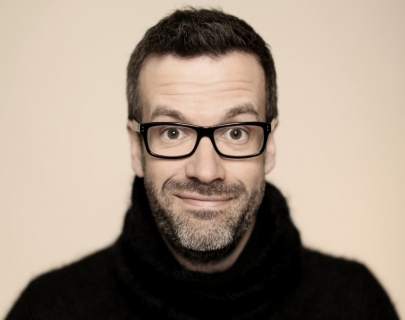 I was born with a long face and now there’s UKIP and Putin and being single and Islamic State and George Osborne and Paul Dacre of the Daily bastard Mail and tax dodging corporations and the bloody election and did I mention being single?

One of Britain’s finest comedians and broadcasters, Marcus’s talent was noted early on in his career in 1996 when he won the BBC New Comedian Award at the Edinburgh Festival. He is now regarded as a major comedy, writing and acting talent, performing stand up nationally to sell out audiences around the UK and globally at international comedy festivals.

BBC Radio 4 has become somewhat of a second home to him with regular appearances on The Now Show and Just A Minute, and he has notched up an impressive list of TV credits including team captain on Argumental (DAVE) and the host of BBC4’s The Late Edition and I’ve Never Seen Star Wars. Other appearances include; Have I Got News For You (BBC ONE), QI (BBC TWO), Sorry I’ve Got No Head (BBC ONE), The Late Edition (BBC FOUR), and the 11 O’Clock Show (Channel 4).

‘Rare is the stand-up show that makes you laugh, think and then fight back the tears. This is it’ ★★★★ Daily Telegraph