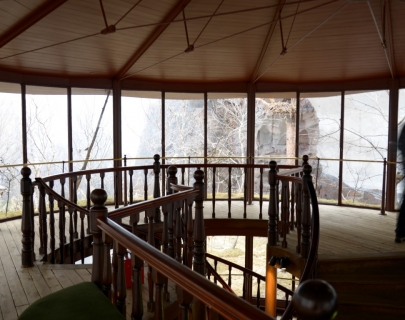 Chaired by Stella Bruzzi, Professor of Film & Television Studies, this day brings together academics from Warwick and Monash Universities to discuss the current position of the photographic image in contemporary art and the notion of artwork as duration-based in relation to the new exhibition by Gerard Byrne.

Stella Bruzzi (Chair)
Stella Bruzzi is Professor of Film and Television at the University of Warwick. Her research interests include documentary film and television. In 2011 she was awarded a Leverhulme Major Research Fellowship, Approximation: Documentary, History and Staging Reality, and she is currently writing a monograph linked to that project, due for publication by Routledge in 2016/17.

Maria Muhle
Maria Muhle is Professor of Philosophy and Aesthetic Theory at the Academy of Fine Arts in Munich and co-founder of August Verlag Berlin a publishing house at the crossroads of philosophy, politics and art. She has a specialist interest in media and mimesis and political aesthetics and has written extensively about contemporary art, re-enactment and the relation between art and historiography.

Daniel Palmer
Daniel Palmer is a writer and Associate Professor in Art History and Theory at Monash University, and worked previously as a curator at the Centre for Contemporary Photography in Melbourne. Palmer’s research focuses on the history of photography and its digital manifestations. His books include The Culture of Photography in Public Space with Anne Marsh and Melissa Miles (Intellect, 2015), Digital Light with Sean Cubitt and Nathaniel Tkacz (Open Humanities Press, 2015) and the forthcoming Photography and Collaboration: From Conceptual Art to Crowdsourcing (Bloomsbury, 2016).

Michael Pigott
Michael Pigott is Associate Professor for Video Art and Digital Media at the University of Warwick and author of Joseph Cornell Versus Cinema (Bloomsbury, 2015). Michael Pigott has a research interest in the temporality of moving image works and is also co-investigator on The Projection Project, a project funded by the Arts and Humanities Research Council, which investigates the cinema projectionist’s role following the switch of most cinemas to digital projection as well as the contemporary expansion of projected
images outside of the cinema.

Nicolas Whybrow
Nicolas Whybrow is Reader in Theatre and Performance Studies and Chair of the School of Theatre, Performance and Cultural Policy Studies at the University of Warwick. His research interests revolve around performance’s relationship with the city and he is the author of Art and the City (2011), as well as editor of the collection Performing Cities (2014). An earlier research interest was in the radical 20th century theatre-maker Bertolt Brecht, above all in terms of the residual currency of his ideas after the fall of the Berlin Wall. He explores this theme in his book Street Scenes: Brecht, Benjamin and Berlin (2005) via a site-specific engagement on foot with the ‘Brechtian Estate’ in Berlin

This event has been supported by the Monash Warwick Alliance.

A special group rate of £3 per head for groups of 10 or more is available on this event. To book, please email groupbookings@warwick.ac.uk