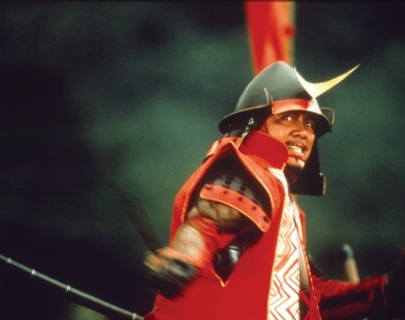 Ran is a stunning 4K digital restoration of Akira Kurosawa’s (Seven Samurai, Ikiru, Rashômon) famous interpretation of King Lear and 16th – century warlord Mori Motonari; and the most expensive Japanese film ever produced on its original release in 1985.

Spectacularly beautiful with gorgeous colour-saturated frames, it is an undoubted masterpiece; the product of a breathtaking artistic vision that works as an historical epic and Shakespearean adaptation as well as a bloody, action-packed war film with a silent central battle scene that must be seen to be believed.