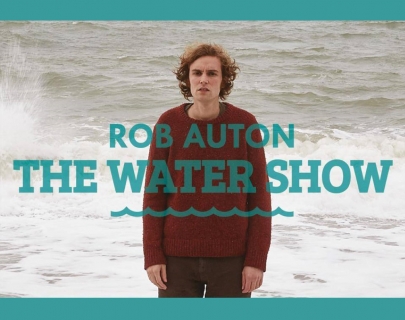 The Water Show is a comedy/theatre/talking show about water by award winning writer and performer Rob Auton.

Having explored the colour yellow in 2012’s The Yellow Show, the sky in 2013’s The Sky Show, faces in 2014’s The Face Show, Rob now turns his attention to water with The Water Show.

The Water Show is suitable for anybody who has seen, heard, touched, used or drank water.

“He is entirely compelling to watch. He’s a poet/writer/talker and it’s funny in parts but that’s not the point – there is something else happening, I’m not entirely sure what it is but it’s great and it wallops you in the belly.” Daniel Kitson

“Charming, eccentric and uplifting, Auton is a talent to watch.” The Independent

“Comedy could use a few more Rob Autons – unafraid of sincerity and all the better for it.” The Skinny

“We need him.” The Scotsman