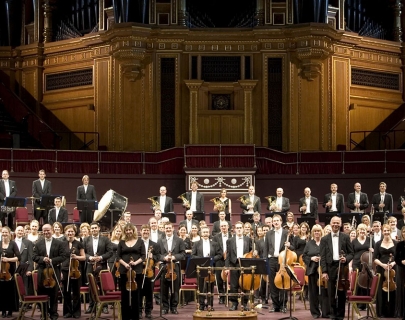 From the moment that its opening fanfares shatter the silence, you can tell that Tchaikovsky’s Fourth Symphony means business. Convinced that Fate itself was out to destroy him, Tchaikovsky poured everything into this shattering symphony: a no-holds-barred emotional autobiography, told in music of uncompromising rawness and drama. Now imagine it conducted by a living legend, one of the world’s most admired violinists, conductors and all round musicians – an artist who’s been described as “a phenomenon in the world of music for over four decades”. Pinchas Zukerman is quite simply one of the all-time greats and the RPO’s Principal Guest Conductor, so imagine the poetry and passion he’ll bring to Tchaikovsky’s music, to say nothing of Elgar’s lovely Serenade.

And as if that wasn’t enough, he’s playing too: arguably the very greatest of classical violin concertos. “His sound is utterly inimitable” declared one critic, “the molten gold that streams from the instrument is completely breathtaking.” In other words: book early!