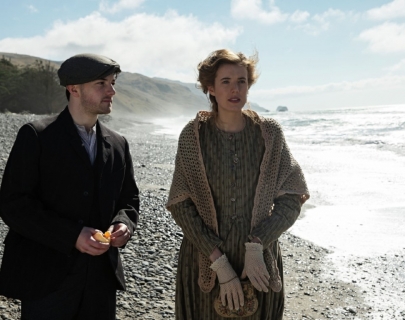 British screenwriter, novelist and director Terence Davies adapts Lewis Grassic Gibbon’s classic novel, set on the Aberdeenshire coast on the eve of World War 1. Chris Guthrie, (Hail, Caesar’s Agyness Deyn) the daughter of a religious, oppressive and violent father, is a young woman with plans and in possession of a burgeoning independent streak. When tragedy strikes she finds a curious liberty in the dissolution of her tight-knit family.

Sunset Song laments the devastation of war and pays fine tribute to the endurance of the land.

“Stirring and gorgeous” ★★★★ Time Out