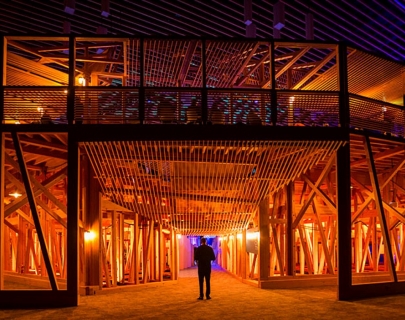 The global phenomenon known simply as TED – a thriving movement propelled by ideas that are transforming the world comes to the big screen.

TED’s curator Chris Anderson will host the opening night which will feature some of the world’s leading thinkers and doers who have won every international prize of excellence from Nobel Laureates, to Pulitzer Prize authors, to Oscar winners.

The evening kicks off with a TEDx star, 10-yr-old Ishita Katyal who will share her DREAM for the future she is inheriting. From there we have a spectacular vision of the future from the head of Alphabet/Google’s X group Astro Teller, an amazing and slightly terrifying biotech talk from Riccardo Sabatini, the incomparable Shonda Rhimes (showrunner for some of television’s hottest current programs), a return to the TED stage from the multi-million-views TED speaker Dan Pallotta and a closing performance/talk from the iconic choreographer Bill T Jones. Additionally, TED has a couple of other wonderful surprises up its sleeves.

**Please note that the talent is always subject to change but this is the current line-up that TED has shared with us.

You can find the six featured speakers here.