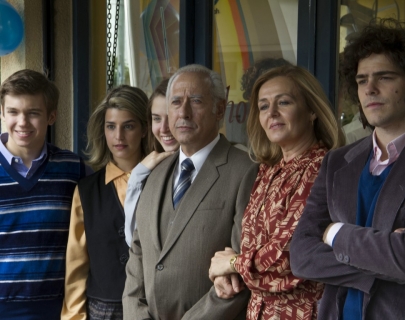 New from Argentinian auteur Pablo Trapero (Lion’s Den, Carancho, White Elephant) is this disturbing and beautifully controlled drama; based on the astonishing true story of a seemingly normal middle-class family who were pulled into a life of kidnapping, ransom and murder.

Set in 1980s Buenos Aires, a time when Argentina was in the grip of a military dictatorship that specialised in ‘disappearing’ its suspected political opponents, the film centres on patriarch Arquimedes Puccio, who used his links to build the lucrative family business, and his eldest son Alejandro, who used his fame as a national rugby player, to help lure some of the victims.