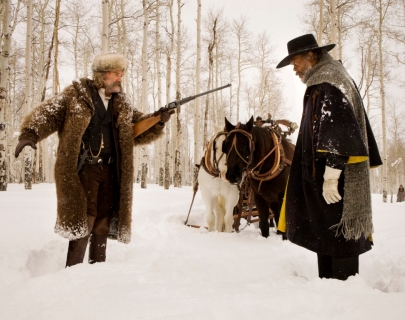 Quentin Tarantino (Kill Bill, Django Unchained) is back with a thrilling western and a star studded cast including Samuel L. Jackson.

The film brings together eight strangers – a bounty hunters, a sheriff, a former soldier, a fugitive, a general and some civilians in post-Civil War Wyoming, trying to find shelter during a blizzard. There, they slowly realize that their mysterious connection might prevent them from getting home safe as they get involved in a plot of betrayal and deception. Will they survive?