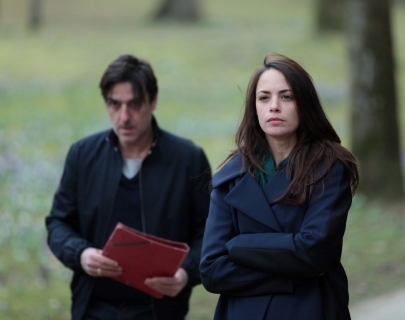 Please note: Due to circumstances beyond our control the screening of The Last Diamond on Fri 15 Apr at 6.10pm has been cancelled and replaced with Room. To Book please call box office of 024 7652 3524. All other screenings at time of writing are going ahead as normal.

The Last Diamond stars Bérénice Bejo, who shot to fame in The Artist, and Yvan Attal, best known for his role in Steven Spielberg’s Munich. A heist thriller about Simon (Attal), a thief released on parole who accepts to carry out the biggest job of his life: to steal the Florentine Diamond – a 137 carat gem worth 55 million dollars. Matters get complicated as Julia (Bejo) has been put in charge of the auction and romance gets in the way.