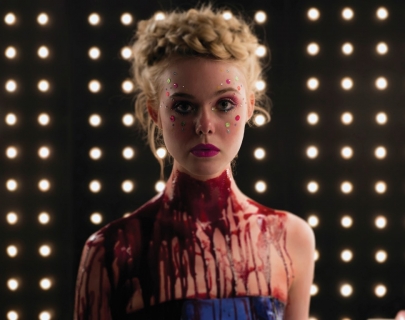 Jesse (Elle Fanning), an aspiring teenage model moves from the American midwest to Los Angeles, where she meets a make-up artist/mortician (Jena Malone) and other models (Bella Heathcote, Abbey Lee) who are more dangerous than they first appear. When she becomes an ‘It’ girl, Jesse is confronted with bloodthirsty rivalry and an industry that will do anything possible to use her up and dispose her.

A predominantly female led horror film, by the director of Drive, exploring the ruthless, beauty-obsessed fashion world, where men are mere accessories and friends are competition.