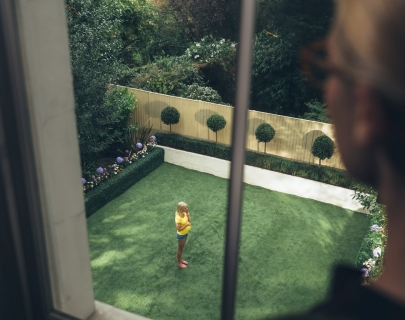 Kate (Poésy – Harry Potter and the Deathly Hallows, Birdsong) and Justin (Campbell Moore – Burnt) are an affluent couple in a London suburb awaiting the arrival of their first-born. As new neighbours move into the flat below them they initially appear to have a lot in common. But things take on a strange turn.

The impressive feature debut of writer-director David Farr blends an element of urban dread with an edgy sense of paranoia that recalls the mood of Polanski’s interior psychological dramas.

The Ones Below is an engrossing take on interpersonal dynamics, making a persuasive argument on why, in London, you never seem to know your neighbours.