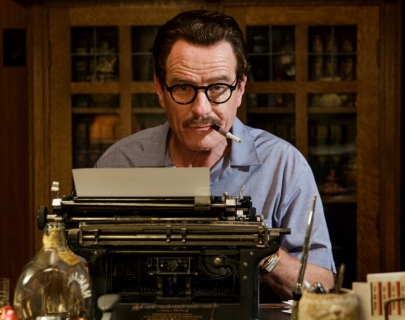 Trumbo tells the story of the controversy of the ‘Hollywood Ten’ – a group of film industry figures who were blacklisted in the McCarthy era.

Bryan Cranston (Breaking Bad) shines as Dalton Trumbo, the screenwriter of many Hollywood classics such as Spartacus, Roman Holiday and Exodus, many of which he wrote under pseudonyms and with a slight air of amusement (in his bath, with a cigarette and a Scotch to hand). Helen Mirren is brilliant in protecting the American ideals and leading the communist witchhunt as gossip columnist Hedda Hopper.