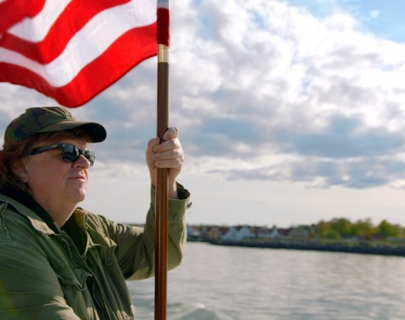 Lauded documentarian Michael Moore returns with his first documentary in six years, following on from huge successes, Bowling for Columbine and Fahrenheit 9/11, with a provocative and hilarious comedy in which Moore will stop at nothing to figure out how to actually make America great again.

Honoured by festivals and critics groups alike, the travelogue is an expansive and subversive comedy in which the Academy Award-winning director confronts the most pressing issues facing America and sees how other countries do things.