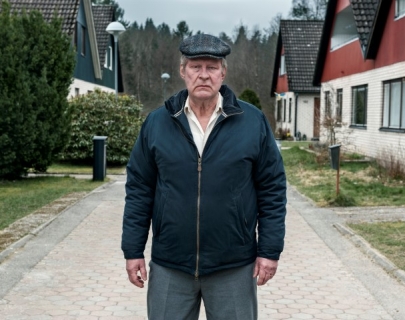 Stubborn, short-tempered and isolated, Ove (Lassgård) is the quintessential angry old man next door. Spending his days visiting his wife’s grave and enforcing neighbourhood rules that only he cares about, Ove is convinced that everyone around him is an idiot.

But, when pregnant Parvaneh (Pars) and her young family move in next door and run over his post box, from inauspicious beginnings an unlikely friendship forms.

A heartwarming adaptation of Fredrik Backman’s bestselling novel, this surprise smash hit was nominated for the Best Foreign Language Film at the 2016 Oscars.