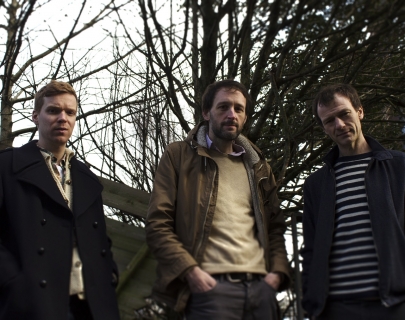 Early 2017 will see the release of a new Drag City album, Pangs, recorded with bassist Stevie Jones (Sound of Yell) and drummer Alex Neilson (Trembling Bells) who join Alasdair Roberts for this show. A tireless gigging musician, Alasdair has toured extensively throughout Scotland, the rest of the UK, Ireland, continental Europe, north America and Australia. His brilliantly alternative take has won many fans including Shirley Collins.

Alasdair Roberts is a Scottish musician, born in Germany, who was raised near Callander and has been based in Glasgow since 1995. He is primarily a songwriter/composer, singer and acoustic fingerstyle guitarist as well as an interpreter/arranger of traditional songs and ballads from Scotland and beyond.

‘A calm, precise and very beautiful record… another display of excellence from an artist in consummate control of his art. (9/10)’ – Uncut

‘His twisting melodies and cryptic imagery remain a delight… by turns droll, pungent and lovely.’ – The Observer