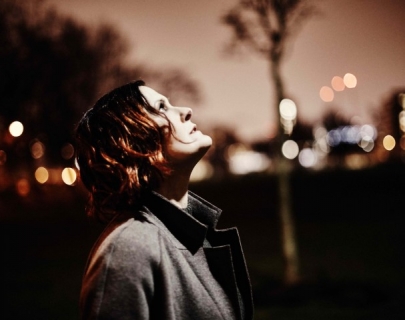 “For me, making a record at this age, lyrically, is a different proposition. Observation in most cases replaces emotion. The invisibility of middle/aged woman rather thrills me and instead I watch.”

Despite Alison Moyet’s professing of age, the music bursts with clarity, vitality and freshness in her new album, Other.

Other finds Alison at the top of her game – making exactly the adventurous electronic pop music she wants to at this moment in time, with her voice and songwriting both intense, poetic and thought provoking. The album was catalysed by Alison’s fruitful dalliance with producer and song writing collaborator Guy Sigsworth, who (as well as having worked with Björk, Goldie and Madonna), co-created her last album the minutes, which debuted at # 5 in the national charts and won critical acclaim.

Recently, Alison won the Icon Award at Nordoff Robbins Silver Clef Awards and contributed to the RSC’s celebration of Shakespeare’s 400th anniversary where she composed and performed a new arrangement of Sigh No More Ladies (from Much Ado About Nothing) in their BBC 2 live special.

The Northern Irish artist, singer and electronic composer and member of the The Magnetic North, Hannah Peel, will be Alison’s support for this gig.

Please note: There is a limit of 6 tickets per person