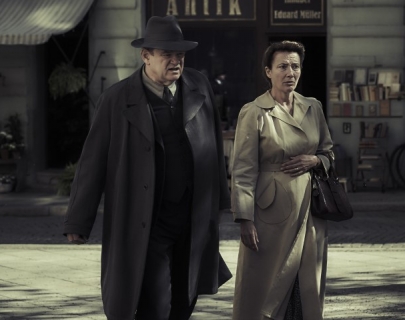 Berlin 1940. The city is paralysed by fear. Otto and Anna Quangel (Gleeson and Thompson) are a working class couple trying to stay out of trouble under Nazi rule until their only child is killed in the fighting at the front.

Driven to act, they start to drop anonymous postcards all over the city attacking Hitler and his regime, knowing that if they are caught it would mean execution.

When their campaign comes to the attention of Gestapo inspector Escherich (Brühl), a murderous game of cat-and-mouse begins.