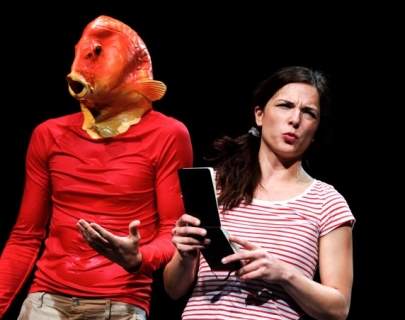 Experience the highlights of the 2016 festival with three exceptional shows from Italy, Germany & Switzerland each lasting 30 minutes. BE FESTIVAL shakes up the idea of conventional theatre by crossing borders, disciplines and blurring traditional boundaries between audience and artist. The annual summer festival invites European performers to perform at Birmingham REP, and celebrates European culture and community.

Vacuum
Cie Philippe Saire
A transcendental performance created by Philippe Saire, one of Europe’s leading exponents of experimental choreography where movement and visual arts converge and bodies weave through black holes and shards of dazzling light. The slo-mo optical canvas mesmerises as two male forms float through a vacuum created in space.

Situation with Outstretched Arm
Oliver Zahn
The saluto Romano, the olympic salute, the Bellamy Salute or in its most common form, the Hitler Salute. One of the most powerful and violent symbols of the twentieth century is re-contextualised on stage through physical performance and essay. The German production takes a unique cross-disciplined approach to a controversial subject, one that has re-emerged across Europe in extremist organisations.

Overload
Sotteraneo
Overload is a fast paced and explosive physical theatre performance by four Italians intent on dissecting the noisy interruptions that bombard our day to day lives. Through a witty narrative, the show jumps from one distraction to another analysing the feelings triggered by something ending prematurely and our perpetual sense of confusion. .