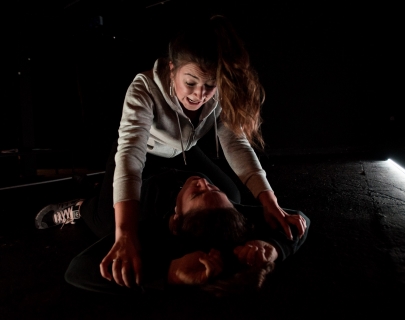 The Audit turns a questioning eye and pointing finger at big banking, the human cost of economics,and the hidden monetary systems that govern how we live our lives,

She’s standing in what used to be her bedroom.

She’s come back to reclaim what she buried.

The car waits outside.

On debt, eviction, childhood, and the thing under the floorboards. On what remains, long after you’ve paid it off.

After 2014’s multi award-winning Nothing and 2015’s Some People Talk About Violence, Barrel Organ return with their third show. Anyone’s Guess How We Got Here is a road-trip. A haunted-house. A bedtime story. A photo-album. An ‘80s fantasy film. A demolition project. A riot.